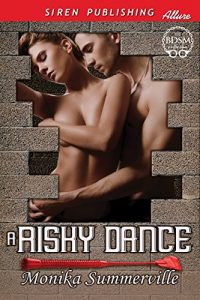 Get A Risky Dance by Monika Summerville at Amazon