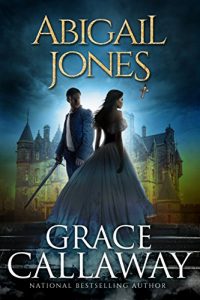 A Maid with a Secret
Shy housemaid Abigail Jones hides a terrible affliction: visions of depravity haunt her. In desperate need of a refuge, Abby seeks a position at Hope End, a gothic English estate. Instead of solace, however, she discovers pieces of a mystery: a portrait of a malevolent beauty, a housekeeper who knows too much, and a powerful man torn between revenge and desire …

A Lord with a Past
Enigma swirls around Earl Huxton, a rich and rakish widower. Yet beneath Hux’s devil-may-care façade lies hidden torment—and a secret crusade to destroy evil. Nothing compromises his quest for vengeance until he meets Abby, whose innocent eyes seem to see into the dark corners of his soul and whose touch entices him to relinquish the past for an infinitely sweeter obsession …