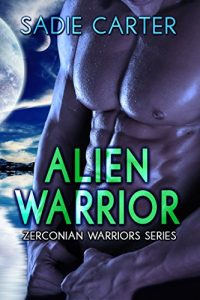 Stuck on a military outpost in the middle of nowhere, Zoey had been praying for something to relieve her boredom.
She never dreamed that relief would come in the form of a seven-foot tall, sexy alien. One who claimed she belonged to him.
Delusional.
Except, there was something pulling her to him… a deep, hot attraction she couldn’t deny.
Dexanon Xa’a always thought his mate would be a sweet, obedient female. Instead, the Gods landed him with a maddening, outspoken, outrageous female who didn’t comprehend the honor that had been bestowed on her.
Dex might have a rockin’ body, but his ideas about women needed a total overhaul.
And she was just the woman to do it.