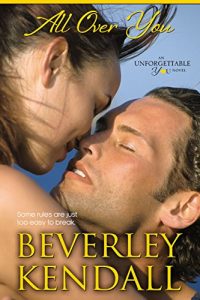 An ex is an ex for a reason

To Rebecca Winters, it’s not just a saying or the title to a catchy tune, it’s a rule she staunchly lives by. Especially since the break up with her ex. What’s the point in trying to fix the “unfixable”? Besides, only a girl hell-bent on more heartbreak would go back to the guy who bailed on her when she needed him most. But saying no to Scott is becoming more difficult than surviving the breakup itself. And unfortunately for her, the kind of pressure he’s exerting is making her rule all too easy to break.

Scott Carver has given up trying to get over his ex. He’s still in love with her and their year apart has done nothing to change that. Yeah, he knows he screwed up. Just how royally, he wasn’t aware of until now. So when Becca agrees to give him a second chance, he grabs on to it with both hands. But it’s clear the only way things will ever truly be right between them is if he comes clean…about everything. He can only pray the truth doesn’t send her running—for good this time.