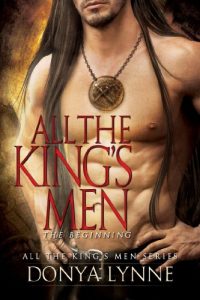 NOTE: This book is a prequel. Reading the first five books of the series will greatly enhance your reading experience of this book.

“If you’ve been waiting for the next Black Dagger Brotherhood, this is it…” -GraveTells

Micah Black is a vampire in trouble. He already lost one mate in the Middle Ages and barely survived her passing. Now, he’s about to lose another, and this time it could kill him. Except he’s not entirely convinced he has actually mated Jackson. Too many questions surround their relationship.

Then there’s Scarlet, the mysterious exotic dancer Micah saw perform for the first time the night he and Jackson met. Micah wishes for one night with Scarlet, which is not the way a mated male is supposed to behave, but as Jackson slips further away, Micah can’t stop thinking about her. If only he had more time, he could explore his feelings, but Micah knows time is one luxury he doesn’t have. When Jackson leaves for good and re-opens the emotional chasm Micah fell into after his first mate’s death, suffering will claim him, and this time he won’t survive.

In this prequel to the award-winning All the King’s Men Series, readers see what occurred in the weeks leading up to the novel, Rise of the Fallen, which was the first in this exciting paranormal series. In Rise of the Fallen, you met Micah and the rest of the alpha males of AKM. Now, see how the pieces aligned to set Micah on his path to self-destruction and eventual resurrection in the story that readers fell in love with.