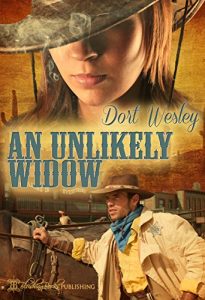 Oliver Herring had been a lawman for a long time and he considered himself a good judge of people until the day Valerie Masters rode into his town. His first mistake was thinking she was a young boy riding recklessly and who was in need of a stern talking to. When he heard her sweet, sexy voice, he thought she was a young girl because of her petite figure in the well-worn jeans. He also decided her insistence on going into a saloon would be dangerous and get her into trouble she couldn’t handle. When words and sweet reason failed him, he picked her up and draped her over the hitching rail and started spanking.

Val Masters was furious with the big man for blocking her way into the saloon to arrest Blade McCall, a former employee who had stolen money from her. By the time Val freed herself from Oliver, McCall had flown. She yelled at the Sheriff, as it was all his fault. Oliver threw her in jail and demanded to know her father’s name so he could send for him to come and get her. There was no way he would believe Val’s tall tale that she was a widow with grown sons! To his chagrin, he learned from his favorite little waitress that he had made a big mistake. Oliver ordered food for both of them and headed back to the jail to apologize and eat crow and hope the meal was a good peace offering. Only thing, Val had escaped and fled the town. Oliver swore he was going to give her a spanking to make the other one seem like love pats!

Get An Unlikely Widow by Dort Wesley at Amazon