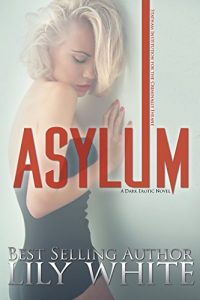 Words are funny things. Their meaning, the pictures they paint in the minds of those that hear them: they’re not always the same and to me at least, that makes them meaningless. Take for instance the phrase ‘black widow’. Those words conjure the image of a spider, an eight-legged creature with the red imprint of an hourglass on its abdomen. However, instead of speaking of an arachnid, of the resident of a spindly and dew-laden web, the people who whisper those words are talking about something much different. They’re talking about me. From what I’m told, I’m called the Black Widow because no man I’ve ever loved has survived. Yet, I have no memory of any of it. My new home leads me to the definition of another vague and meaningless word. It’s a place where I’m supposed to seek refuge. A place of retreat and security. It’s a place where I’m supposed to be kept safe because I’m sick. But the definition for this place is wrong and the word becomes meaningless when you’re tucked away and made silent by drugs and pretty white jackets. My name is Alexandra Sutton and this is the story of what happened when I was imprisoned inside an Asylum. *****Disclaimer: Asylum is a dark erotic novel that contains sensitive subject matter not appropriate for readers below the age of 18 years of age. Asylum also contains explicit descriptions of violence. Asylum is a full length novel at 90K + words and is not part of a series.

Get Asylum by Lily White at Amazon