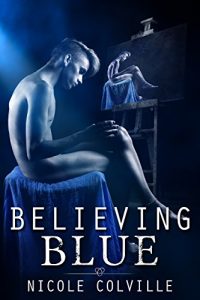 Is there a fated path we follow, or is it simply a series of coincidental events?

Police officer Kellan Howard is rumoured to have spent too much time in sub-zero temperatures, leaving him with a block of ice for a heart and women lining up to help thaw it. Mountain climbing is his only love, leaving no time for a relationship, and although meaningless sex satisfies his physical need, it’s empty. When he attends a fatal traffic accident, he didn’t expect his entire life to change. Along with a final message, Kellan is offered something else from the dying man: the chance to fall in love. Kellan’s never considered being with a man, but when he meets Valentino, he’s instantly drawn to him.

Suffering from crippling agoraphobia, talented Italian artist Valentino has a solitary existence, only experiencing life outside the house through his partner Stuart. When their relationship comes to an abrupt end, Kellan helps ease his suffering. A deep bond binds the two men together, and the sexual tension can’t be denied, but Valentino questions if the distance between their very different lives is too much, and if they can bridge the gap by themselves.

Ballet dancer Blue has a vibrant personality which demands attention, but his humour and courageous attitude are a shield. Blue’s good at making others believe in themselves, but what he needs is someone to believe in him. He could be the bridge both men are looking for, but Blue’s never allowed anyone to get too close, and when Kellan and Valentino enter his life, he desperately tries to protect his heart and his secrets.

When all three meet, the chemistry is undeniable, but each have fears about moving forwards. Together, they learn love comes in many forms. It can’t be restrained or labelled, and it doesn’t always appear in the way you first imagined.

**Blue is a standalone book, and although characters from previous books do make an appearance, it won’t spoil their stories if you choose to read them afterwards.**