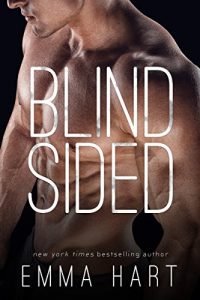 From Emma Hart, the New York Times bestselling author of the Game series, comes a brand new series where the game is realer, the tension is tighter, the sex is hotter, and the stakes are the highest of all…

What happens when the out-there It-Boy of football meets the secret It-Girl of fashion?

As the daughter of Hollywood’s sweetheart, Leah Veronica can’t even buy a coffee without finding her face on a magazine stand, so it’s no wonder she’s launching her first fashion line in secret. With it debuting at New York Fashion Week in just under a month, extra time in the spotlight is the last thing she needs.

The son of the best quarterback the league has ever seen, filling legendary shoes as the L.A. Vipers’ quarterback was inevitable for Corey Jackson. So was meeting Leah Veronica–the first girl to hand him his ass without putting a hair out of place.

Getting the sexy, prickly blonde into his bed becomes his number one goal. But getting the handsome, over-confident footballer the hell away from her becomes Leah’s–at least until she realizes the best way to do that is to give him what he wants.

If only it was that simple.

When Corey discovers who she is, and private photos of Hollywood’s finest find their way online, everything they thought they knew is thrown into disarray.

And when secrets are exposed and hearts are shattered, they have to figure out if they’ve been blindsided by love or reality, and if it’s worth running the extra yard to win the game they never meant to play.

Get Blindsided (By His Game, #1) by Emma Hart at Amazon
Get Audiobook