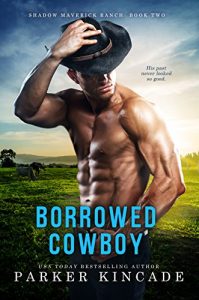 Paxton Mathis is committed to bachelorhood. One failed marriage was more than enough to remind him of the dangers of getting too close. He has his work on the ranch; he has his family. He has everything he needs.

Event planner Reese Jameson accepted the job at Shadow Maverick Ranch for one reason: to face her biggest regret. Paxton Mathis was her first love, her first everything. And ten years ago, after a night of unbridled passion, it all came crashing down.

The moment they see each other again, it’s clear the years haven’t doused the heat between them. On the contrary, their flames burn hotter than ever. Despite Paxton’s attempts to keep things casual, old feelings emerge alongside a fierce hunger to keep Reese in his life forever. Reese willingly accepts Paxton’s need to keep things casual, but she’s worried her heart won’t get the message.

When Paxton is forced to face his fears, will history repeat itself, or will he take a chance on a whole new future?