You are here: Home / Book Format / Audiobook / Bound and Freed by Nikki Sex 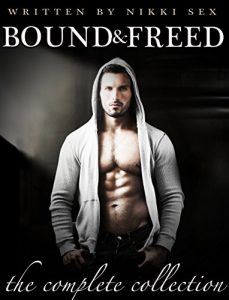 “Haven’t you ever been in love?”
“You mean that stupid, insane, sickly infatuation one gets when they can’t eat and can’t sleep because they only think of him?”
“That’s the one.”

Kelly Flynn has troubling ties of her own. An ordinarily sensible woman, she’s fallen in love with an unattainable man who can’t, or won’t, love her back. Can Kelly can break through John’s defenses to the tortured soul beneath?

Get Bound and Freed by Nikki Sex at Amazon
Get Audiobook