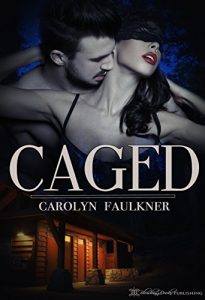 Rachel Hemmingway had come to West Texas to get away from a very bad marriage, and she’s succeeded in doing so.

That was, until Cage Lincoln entered her life in a rather violent manner, bullying and dominating her, holding her captive and introducing her to a part of life she would have sworn her abusive husband had ruined for her.

But Cage was hurt and there were men out to kill him, and somehow she ended up back where she’d started – only she was no longer the same women who’d left in the first place.

He’d changed her – for the better. If only she could get him to see that.

Get Caged by Carolyn Faulkner at Amazon