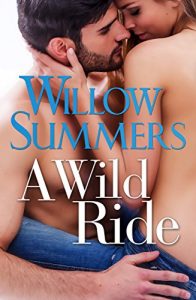 With forever on the line, Jessica wants nothing more than to settle down, finally¸ and continue on with her life. The only problem is that, since she’s moved to Texas, she has been fraught with problems. Despite a narrow miss when her home gets broken into, this time it isn’t her that’s in danger. When William has a tragic bull riding accent, it is up to Jessica to play hero.

Alongside Jessica’s personal problems, her friend Lump is also trying to find her way. One bad, violent date after another and she is left broken and spent. The one man that is perfect for her, is out of reach. 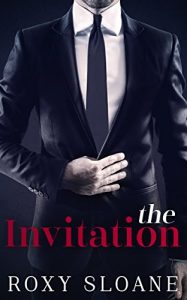 “It’s my last night in town, and I’m not flying home until this girl is flat on her back with her ankles up around her shoulders and my dick so deep inside her she’ll never want another cock again.”

Hot, English businessman Ashton made a pact not to screw up his friendship with Justine ‘JJ’ Jenkins over a cheap one-night stand. Now, two years later, he’s going out of his mind with wanting her — but she’s still off-limits. Now school is over, and his control is wearing thin. They’ve got one last night together, and he’s determined to make it an experience she’ll never forget.

The one girl he swore off is going to have the night of her life. And with a sexy game of dare on the table, it won’t take long…

Get The Invitation by Roxy Sloane at Amazon 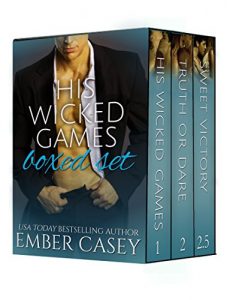 Love has never been this wicked…

From USA Today bestselling author Ember Casey, this sizzling boxed set contains the first three books of the Cunningham Family series:
HIS WICKED GAMES (Book 1)
Trapped with a billionaire in his mysterious mansion… Can she beat him at his own game?

Lily Frazer would do anything to save the Frazer Center for the Arts—even take on the infamous billionaire Calder Cunningham. As it turns out, the arrogant billionaire is willing to give her the money he promised, but there’s a catch: she must win it from him.

And the games he has in mind aren’t exactly… innocent.

Lily and Calder are taking things to the next level — but love in the real world isn’t all fun and games, especially when it becomes clear that Calder still harbors his share of secrets.

When Calder suddenly suggests they slow things down, Lily knows something is seriously wrong–and she’s not afraid to pull out the big guns. She makes Calder a proposal he can’t refuse: an ongoing match of Truth or Dare that she hopes will bring them closer together.

But as the contest increases in intensity, so do the stakes, and suddenly Lily and Calder have to face the question they’ve both been avoiding: what sort of relationship do they have when they strip away all the games?

It’s Lily and Calder’s first night in their new apartment–and Calder proposes a steamy showdown that’s certain to leave both of them breathless. In a challenge like this, things are sure to get heated–but neither of them can be prepared for the surprises that await them as their ultimate game unfolds…

Get His Wicked Games Boxed Set: A Cunningham Family Bundle (Volume 1) by Ember Casey at Amazon 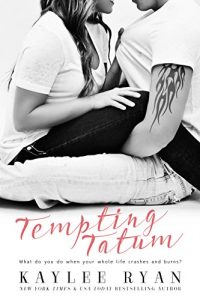 What do you do when your whole life crashes and burns? How do you get through the flames?

Tatum Thompson is living the dream. Her life is perfect; with a loving boyfriend, loving parents and a soon to be college graduate how can life get better? Life is good until it isn’t. When tragedy strikes Tatum runs to Josh only to find him in a compromising position with someone else. Turning away from the only life she knew, Tatum is forced to alter her life plan.

Blaise Richards is a tattoo artist who moonlights as a volunteer fire fighter. Lies and deception leave his broken heart closed until the beautiful green eyed girl casts her spell over him. She’s making him feel things he’s never felt. Making him want things he thought he would never want.

Blaise wants Tatum to be his forever.

Can Mr. Just for tonight convince Tatum that she’s the one? How long can Tatum resist Blaise’s determination to make her his?

Get Tempting Tatum by Kaylee Ryan at Amazon
Get Audiobook 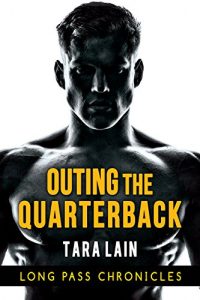