You are here: Home / Archives for Genre / Historic Scottish/Highlander 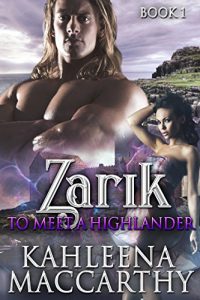 Meet Zarik MacKinnon, soon to be chief of his clan. Stubborn, unrelenting and not in need of love. For years he’s been told by the clan’s druid that someone will come to save him. Someone for him to love. He’s shrugged his shoulders and continued on in his protection of his clan. Never wanting to be chief, Zarik is surprised when Tsarina Fraser arrives and is said to be the one he must marry. The catch? She’s from the future.
Tsarina arrives in old Scotland knowing her destiny. However, she never realized her wedding could be sabotaged. Would she truly be happy in her new time? Would she marry the right Highlander? Her fate seemed to be set until her brother and their mutual friend arrive from the future too.
Zarik may only be able to ever promise her food for her belly and protection, but Tsarina is determined to get him to love her. If she can’t, will her love be enough for the both of them and the clan Zarik will on day lead?
Tsarina, Zarik, their family and friends push on to overcome obstacles, attacks by neighboring clans, and to find their love for one another. 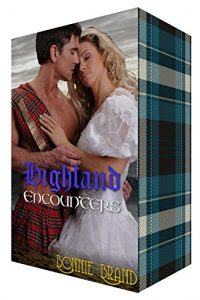 10 tales of lusty lairds and their lovely lassies!

1. THE BLACKSMITH’S DAUGHTER
2. DISCIPLINED BY THE LAIRD
3. THE HIGHLAND ROSE
4. MASTERED BY LAIRD BUCHANAN
5. THE LAIRD’S NEW BRIDE
6. POSSESSED BY THE LAIRD
7. RAVISHED AT THE MASQUERADE
8. A SECRET IN THE CASTLE
9. TAKEN BY THE LAIRD
10. KEPT BY THE LAIRD

Get Highland Encounters by Bonnie Brand at Amazon 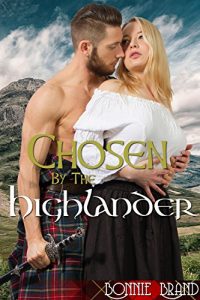 The Laird Of Kincaid; A cruel, brutish highlander, as passionate as he is savage.

Anushka McDonnel; An inexperienced orphan, chosen by the laird to be his bride, and so much more.

Get Chosen by the Highlander by Bonnie Brand at Amazon 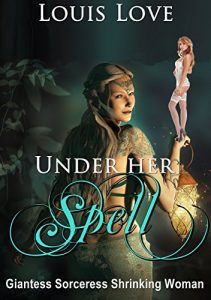 The giantess sorceress has you under her spell

The 1888 seduction by a Scottish Sorceress (female on female)

The year was 1888 and I had been widowed for almost a year now, and I wanted nothing more than to visit my cousin’s castle in the Highlands of Scotland for their annual Harvest Ball. I had never been able to attend before because I always belonged to someone, my parents or my husband. Now I was in charge of myself and I was anxious to experience the enchantment of the foggy moors. However, I was not expecting that real enchantment would find me. Her name was Amalfea and she revealed to me that she was a sorceress. Not only was she magical, but she also liked to use me as her pleasure toy, something that I came to long for. I had never been with a woman before, and the things that she showed me were beyond lust, it was magic. Still, there was something she was hiding from me. Was she a good sorceress, or a dark one with a secret motive to seducing me?

WARNING : Explicit content, language and themes intended for adult only.

Get Under Her Spell by Louis Love at Amazon 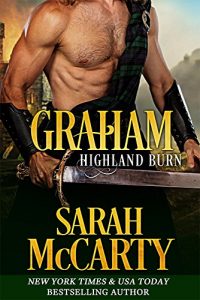 Their love defied king and clan…

Battle scarred, war hardened, and ruthless when it comes to the welfare of his people, Graham MacCleod is determined to gain back for his clan the stability and wealth stolen from them. Marriage to the MacKintosh Miracle is the first step in his plan. That the Laird MacKintosh doesn’t regard Graham as a worthy suitor for his spoiled daughter is a minor hurdle. The MacCleods didn’t earn their fierce reputation as the Black Raiders by cowering at a challenge. MacCleods fight for what they want. Not that Mary MacKintosh’s kidnapping was much of a fight. The rebellion the laird let flourish in his daughter dropped her right into Graham’s lap. Kidnapping her was as easy as snatching her out of the pond. Keeping her will be equally as simple. Or so he thinks.

Stunning. Intelligent. A prize beyond price. Mary MacKintosh has heard it all as sole heiress to the MacKintosh Clan’s fortune and political power. From birth, she’s known her responsibility. In these unstable times, she must secure her clan’s position within both the Scottish and English courts by marrying well. The only problem is that none of the bachelors her father has gathered at the castle are men who have what it will take to fulfill her duty. She needs a man with a strong arm and a strong sense of purpose. One whose dedication surpasses his greed. One who understands the concept of loyalty the way a MacKintosh does. She needs a man she is very afraid does not exist.

But when, on the eve of her engagement announcement, Mary is kidnapped by the infamous Black Raider, her perspective changes as fast as her circumstances. Graham MacCleod isn’t anything like she’d expected. Fair and balanced in his approach, Graham is a Scottish warrior to the bone. From captor to husband, he takes her along a journey that both liberates her spirit and convinces her that she might just have found the man both she and her people need. If her father and the crown can be convinced…

Get Graham (Highland Burn Book 1) by Sarah McCarty at Amazon