You are here: Home / Archives for Genre / Historic America 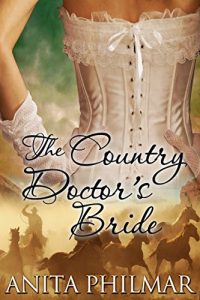 With no ties to Texas, Dixy secures a ride to the next town on her way out of the state. The driver, Tobias Poe offers to let her rest. While she’s in the back, he is shot.
Rushing to save him, she arrives in Naked Bluff, Texas.
The town’s doctor, Nathaniel Murphy can’t save him, but he can save her?
Penniless, alone, and now a murder suspect, Dixy has no alternative but to accept his help. Can this couple build a future together?
Or will a killer silence her forever?

Read more about the cowboys
from Naked Bluff, Texas in this western historical series. These Kindle short reads have hot HEAs about cowboys who are searching for their Texas brides. Set in a small town, this old west series reveals some interesting tidbits about Texas.

Get The Country Doctor's Bride (The Cowboys of Naked Bluff, Texas series Book 6) by Anita Philmar at Amazon 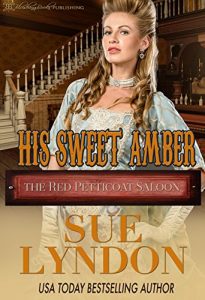 Having known nothing but heartbreak and betrayal in Culpepper Cove, Callie Smith seeks refuge at The Red Petticoat Saloon. To the young widow’s utter shock, on her first night working upstairs, former love interest Pastor Lawrence Black bids an ungodly amount of money for an evening with her. After his dominant lovemaking leaves her breathless, he stuns her with a marriage proposal. But how can a soiled dove become a pastor’s wife? Despite her stubborn refusal, he insists she’s become his wife-in-truth and returns night after night, not allowing any other men to touch her.

As time goes on, Callie finds it increasingly difficult to ignore her growing feelings for the stern but kind, handsome widower who issues firm commands in the bedroom and doesn’t hesitate to spank her bare bottom when she disobeys. Truth is, she’d be proud to call Lawrence her husband, but surely her reputation would hinder his calling to become the town pastor. Will he succeed in convincing Callie she’s meant to be his wife?

About The Red Petticoat series:

The Red Petticoat Saloon series is a collection of books written by #1 and USA Today bestselling authors. Each book tells the unique story of a different woman, ‘a gem’, who comes to the saloon to find a safe haven and discovers they become part of a family. Recurring characters appear in each book to allow readers a continuity as they learn about the women who have learned to bend but have not broken under the harshness that life has to offer. It is a series where strong, loving men find not only entertainment at the saloon but the special women who reside under its roof. 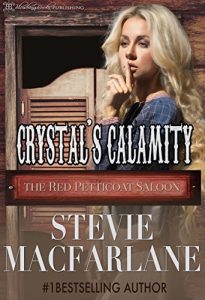 Clementine McKay finds out she’s a lot more than a demure little school teacher from the foothills of the Appalachians when her father gets Gold Fever. The dangerous trip to the Sierra Nevada Mountains not withstanding, she soon learns that despite her small stature and youth, she’s a force to be reckoned with. When tragedy strikes she becomes smarter, stronger and more determined than ever to find her father’s murderer.

As Crystal, the most sought after whore at The Red Petticoat Saloon, she parlays her skills in a way no one else could have. Now, if Jasper Montgomery would only stop snooping around and interfering in her plans she might just get what she wants most… revenge.

Jasper Montgomery lives and gambles in Culpepper Cove for one reason only. It’s his home. Great wealth allows him to do exactly as he pleases and when the dirty little miner’s daughter arrives at The Red Petticoat he takes pity on her. He’ll be her first paying customer, educating the poor virgin on the skills necessary to please a man. In his mind, there was no sense letting a rough miner ruin her. Yes, he would spin a web of passion and pleasure for her that would endear him to her forever.

Never in a million years did he imagine he was the fly and not the spider. 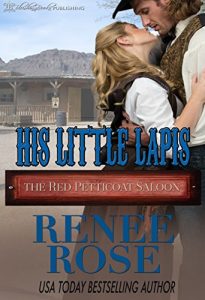 ALL SHE EVER WANTED WAS A STERN MAN TO CALL DADDY…
The first time she saw the mayor, she knew he was the one. Holding his young niece’s hand, he had Daddy with a capital D written all over him. Kind and caring, but shivery stern, too. The type willing to administer real discipline.

If only she’d met him before she’d been ruined–back when she was a respectable young governess. Now she’s nothing but Little Lapis Lazuli, one of Madame Jewel’s gems at the Red Petticoat Saloon. No one suitable to marry a mayor.

USA Today bestselling author Renee Rose brings ageplay to the West in this steaming installment to The Red Petticoat series. 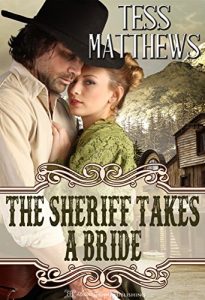 Spring is a country girl with a heart of gold and a red hot temper both of which get her in a lot of trouble, especially with the handsome Sheriff.

Zeke has been exasperated by Spring since the day they met. He believes Spring is in need of discipline and is ready to administer it himself if need be.

Spring thinks the Sheriff is bossy and overbearing and hates it when he threatens to spank her.

How can it be that they are attracted to each other?

The Sheriff Takes a Bride is a twenty-two chapter story set in the American old west. The story has dangerous raiders, fierce shootouts, true romance and plenty of loving discipline.

Get The Sheriff Takes a Bride by Tess Matthews at Amazon