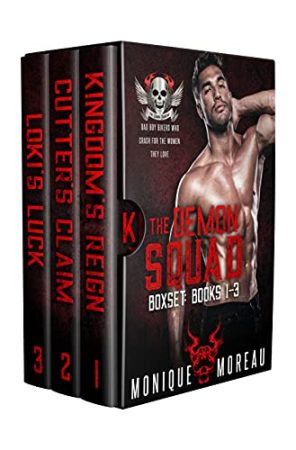 Looking to ride in the fast lane?

Check out the bad boy bikers of the of the Demon Squad MC. They’re sexy, possessive alphas who will do anything to get the sassy women they fall for. Beware! It’s a steamy ride.

Who needs more than bikes and willing women? Not Cutter. Until he meets Greta, a former biker princess who turned her back on club life. She challenges him every step of the way, and Cutter doesn’t tolerate disobedience.

Greta lives by one rule: No Bikers. She didn’t escape her father’s MC and build a new life for herself just to be brought down by a dirty biker. Not even a hot, domineering man like Cutter could change her mind.

Cutter is ready to play dirty. In their battle of wills, he begins to master her deepest desires. Can she find the inner strength to submit to him? Meanwhile, a danger from the past lurks in the shadows—ready to pounce.

A damaged biker. A younger woman. An exchange of sex for secrets. 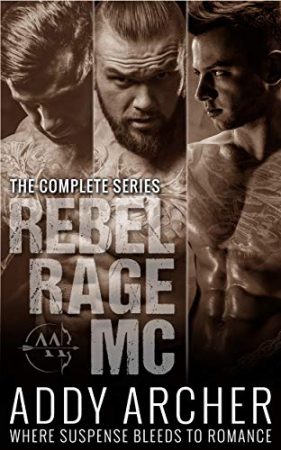 Escape into the world of Rebel Rage MC, where laws don’t apply, loyalty is everything, and love is worth fighting for.

Get Rebel Rage MC: The Complete Series by Addy Archer at Amazon 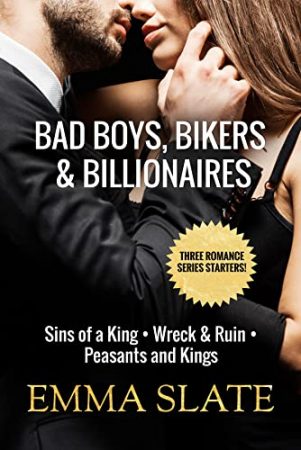 Inside Bad Boys, Bikers & Billionaires, you will find romance at its best—three loyal alpha heroes who are brought to their knees by the love of strong, sassy women.

Sins of a King: As payment for her brother’s debt, Barrett is given to sinister billionaire Flynn Campbell. She should hate the notorious playboy — but she’s powerless against his seduction. Soon, she’s lured deeper into his dangerous, dark world of sin and secrets…

Wreck & Ruin: When a handsome stranger rescues bartender Mia from a sleazy customer, she rewards him with a kiss — but she never expected to fall for Colt Weston, the sexy biker who would do anything for her…

Peasants & Kings: While working at the luxurious Rex Hotel, Sterling Miller meets captivating billionaire Hadrian Rhys and can’t resist his commanding touch — nor his enticing offer to claim her… 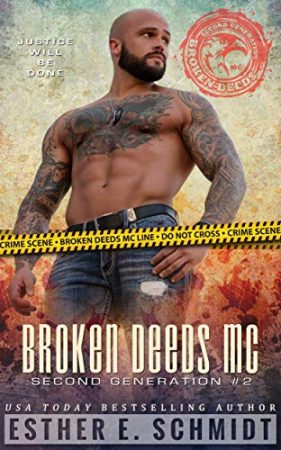 The restlessness flowing through Vachs’ veins didn’t end when the nomad committed himself to a permanent spot in Archer’s Broken Deeds MC chapter. Adopting a puppy and solving crimes helps him stay focused but not completely grounded. Until he strolls into the club’s tattoo shop for some ink therapy and finally finds what will be the root of his foundation in life.

Growing up in the MC lifestyle without the ability to hear has never stopped Hadley from living her life or from becoming a tattoo artist. After some bad luck in the dating world Hadley has sworn off men, that is until Vachs saves her life and captures her heart along with it.

Can new love face a deadly enemy coming for Broken Deeds MC? Or will lives be ripped apart, stealing away the ability to build a future?

Broken Deeds MC handles cases the government can’t close; they take charge and won’t stop until justice is served. This second generation is a series where each book is a new couple, handling a new case, and can each be read as a complete standalone with a happily ever after. 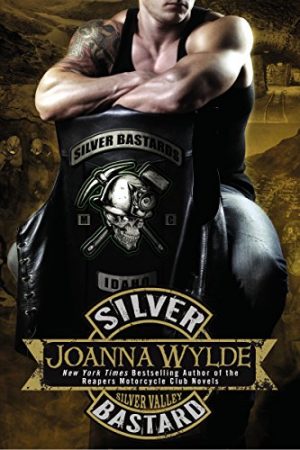