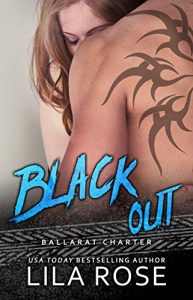 At twenty-four, Clarinda James has lived a traumatic life. One of the last images she saw before losing her sight was that of her parents’ death. The nightmares of that time still haunt her every night.

Taken in at nineteen by her sister, Clary didn’t know there was going to be a price to pay, a price far greater than her blindness. It’s not until Blue walks into her life, she realizes it’s possible to experience the joy of warmth. In her darkness, Blue will become her beacon, her guide. Little does she know that she’ll need to count on Blue more than she thought she would.

She has to…if she wants to stay alive.

Blue Skies is on the lookout for a woman. Always there to support his brothers, Talon and Griz, he’s not a stranger to the craziness of love or life. Nor is he a stranger to making it clear that comments surrounding his name are out of bounds. Despite the often effed-up situations his brothers find themselves in as a result of their women, he’s more than happy to settle down when he finds his missing piece.

After three weeks of seeing a gorgeous redhead in a café, he refuses to let the opportunity pass him by. Building a tentative relationship with Clary is no easy task; she’s damaged. It’s not until he discovers the truth behind her darkness that he willingly lays claim to her. He is determined to protect her, no matter the cost. She is irrefutably his. 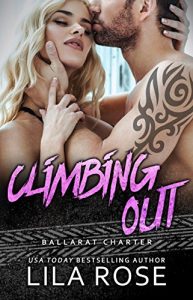 Deanna Drake has a past she longs to forget, but won’t ever be able to. She’s always been the tough one. No one, but her best friend Zara has ever been able to penetrate her cold, hard, shell.

Griz— a.k.a Grady Daniels, Hawks Motorcycle Club second in command, also has a past that he wishes he could undo…all except one part.

It’s her past that brings them together. Only will it be forever? 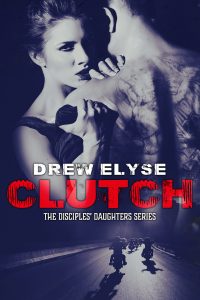 Cami was born into the Savage Disciples MC, but she ventured out to build a life of her own away from the club. She’s engaged now, living a new life despite missing the bikers that raised her. Overall, she’s… fine.
Sure, fine. She’s fine with the fiancé who is more interested in position and image than the woman in his life. She’s fine with the fake people around and the suffocating passive aggression. She’s fine with the fact that she is turning to drugs to self-medicate.

A Disciple will fight like a savage for what he wants.

When Gauge tags along to visit his club brother’s daughter, he can’t believe the two women he meets: the fiery daughter of a biker and the puppet with the blank affect. And yet, they’re both Cami.
He sees the fire beneath surface, and he wants to watch it burn. He wants to rip away the man smothering her like a wet blanket. He wants to see the flames consume that cookie-cutter future-wife facade to the ground and dance with her in the flames.

When this biker clutches onto a Disciple’s daughter, there is no letting go. 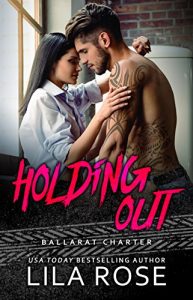 Not everything is roses, chocolates and vibrators in Zara’s life…until Talon, Hawks MC President, wants to claim her as his.

Zara Edgingway is a twenty-six-year-old secretary. She has a daughter that apparently knows-it-all and a best friend that could possibly have the mouth of Satan, but she’s been with her through hell and back. Then there’s the hunk’a’licious biker neighbour finally showing interest in her.
If only she isn’t about to face her next obstacle in life, the one she ran from six years ago: her ex husband.

Talon Marcus is the president of the Hawks Motorcycle Club. For two years, he’s had his eye on the quiet, reclusive, yet sassy, neighbour Zara. Finally, he has the chance to claim her as his woman. Just when her past catches up with her, she’ll need, not only his protection, but the help from his biker brothers.
Now, if only she’d stop fighting him along the way. 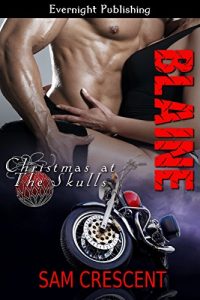 It’s Christmas at The Skulls and you’re invited.

When it came to Emily, Blaine messed up. He knocked her up and wasn’t there for her. He went off the deep end and lost everything including his woman and his daughter.

He owes Angel everything for bringing his girls back into his life.

Emily has tried to forget the past and move on but she can’t. Blaine is back to being the man she fell in love with but for how long? Can she trust him? There are so many questions that she can’t answer.

It’s the time for forgiving. Blaine’s determined to prove to Emily he’s not going anywhere. He’s back and he’s taking her as his wife. Will she accept or leave him for good?

Nothing is ever certain at The Skulls!

Get Blaine: Christmas at The Skulls by Sam Crescent at Amazon