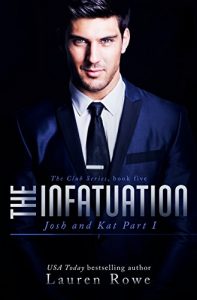 It’s a war of wills between stubborn and sexy Josh Faraday and Kat Morgan. A fight to the bed. Arrogant, wealthy playboy Josh is used to getting what he wants. And what he wants is Kat Morgan.

The minute Josh Faraday meets feisty, vivacious Kat Morgan, he wants her. Not for a relationship, of course. He doesn’t do those. He wants her in his bed. But, to his shock and extreme frustration, Kat won’t play by Josh’s rules like all the others. No, this stubborn woman declares she won’t so much as kiss Josh until he divulges some highly personal information . . . But it’s something Josh has never told anyone, and won’t be telling Kat. Not over his dead body, no matter how gorgeous and sexy she is.

But the chemistry between the pair is explosive, scorching hot electricity like nothing he’s felt before. Oh, God, he’s got to get a taste. He figures all he has to do is wear the sexy woman down with is patented “playboy razzle dazzle”—show her the hotness she’s missing out on and she’ll cave, like all the rest . . . The only problem with that strategy? It’s Kat’s strategy, too: she plans to wear Josh down and get what she wants by showing him the hotness he’s missing out on. Who will crack first? And when they do, will either of their hearts be on the line?

INFATUATION is first book of the JOSH AND KAT TRILOGY. The next two books are REVELATION and CONSUMMATION, to be read in order.

*Readers 18+ due to graphic language and adult situations.

NOTE: Kat Morgan is the sister of the Morgan brothers (Colby, Ryan, Keane, and Dax from standalones HERO, CAPTAIN, BALL PEEN HAMMER, and ROCKSTAR), plus best friend Zander (MISTER BODYGUARD). Josh Faraday is the twin brother of Jonas Faraday from THE CLUB TRILOGY. You can jump right in and read Josh and Kat’s trilogy, before or after The Morgan Brothers or The Club Trilogy. 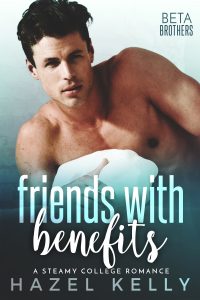 Carter and Nina are friends with benefits. And that’s all they’ll ever be. Or at least, that’s what Nina keeps telling herself.

Get Friends With Benefits at Amazon 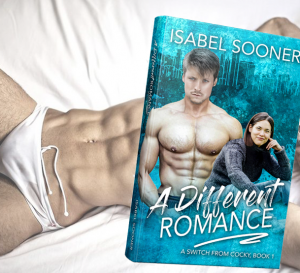 About A Different Romance:

The Rule: The guy cannot be hotter than the girl. If he is, Wham bam, thank you Ma’am. What’s Burke up to? Will it last?

Suspecting she’s the butt of a practical joke, Izzy tells her most embarrassing secret to a stranger at a party–then he asks her out! What just happened? Why does it seem to make her more attractive, not less? Can they ‘settle for’ the flaws in each other that normal people have always rejected?

What happens when friends conspire to throw together two high-IQ, over-controlling people with anger issues? The clash of wits and the splat of misunderstandings will leave you laughing, crying, and possibly learning something.

END_OF_DOCUMENT_TOKEN_TO_BE_REPLACED 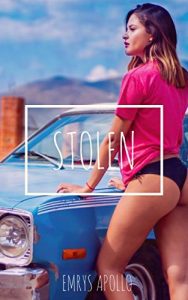 David’s the worst kind of criminal, stealing money, cars, even the pastor’s daughter. Lucky for him, she’s got a little bit of the devil in her.

Get Stolen by Emrys Apollo at Amazon 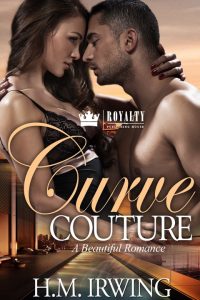 Claire Williams is the bubbly chubby older sister of the up and rising supermodel Janice William. She is on the look out of for the right agent to bolster her sister’s career. Ex-Supermodel turned scout is the sexiest man alive. He is on the lookout for his next top model. So why then is Eric sniffing around Claire’s voluminous skirts when her thinner, sexier and more glamorous younger sister Janice is clearly available for the taking?