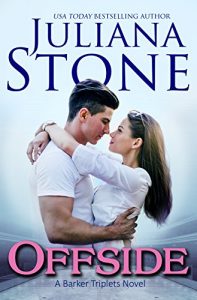 When hockey phenom Billie-Jo Barker returns home and decides to play in the local Friday night hockey league, all hell breaks loose. Not because Billie’s talent is in question, but because Billie is a woman. And though these are modern times, some of the local guys still have a problem letting a girl into their ‘men’s club.’

Soon, Billie is at the center of a small town battle of the sexes, with everyone choosing sides. Her sisters. The townsfolk. Her friends. And yet, the only person whose opinion she cares about doesn’t seem to care much at all. Logan Forest, the man who broke her heart when she was eighteen and the man she now shares the bench with ever Friday night.

She’s got a lot to prove and though Billie Jo Barker scores on the ice, will this girl ever score with the man of her dreams? 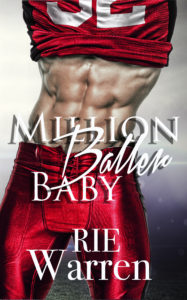 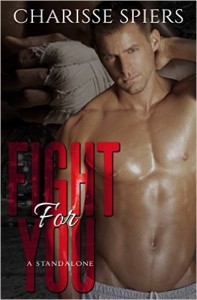 Note from the author: 18+ please due to language and sexual content. This is a raw love story. The characters are gritty and real. This is the disclaimer. This book is a full length, first person, present tense standalone, but a first in a series of standalones.

To fight and win means the control is his and only his. The last man standing proves it all. Never again will he be on the losing end of the blow, the one lying broken and bloody wanting to die.

Control. Dominance. Aggression. Competition. Each represent a means to survival, a necessity to stay alive, and to suppress the demons that lie inside; the very ones clawing and attempting to break free from the bar that holds them at bay. Every day is a struggle to stay away from the darkness and evil that lurks deep within. Those are the things that it takes to keep those secrets in the realm of his mind in which they belong, forever buried so far there is no chance to break through the barrier he’s built.

Haddox Hayes has spent the last nine years getting by. He’s worked hard to forget that bloodthirsty night he left behind. The monster that exists within his veins will never be released again if he keeps a clear mind, and free from the debris he knows triggers his instinct to kill. He knows what can happen if it’s unlocked from its cage.

Fuck that. It can go to Hell along with the bastard that is the cause of his eternal torment. Eighteen years paid his sin, and at the age of twenty-seven the guilt still resides in his very core.

There is only one place he sets the monster free, but restricted: the ring. Playing by his rules has kept it on a leash for nine years and he doesn’t intend to break his rules now. The rage, the anger, the buildup, it’s all turned out in the confinement of the ropes against another traitor.

Stay in control. That’s the only thing that keeps his urge to annihilate smothered. Dominate the mind and the memories it holds. Fight aggression with fucking aggression. Be the best there is and lay his ass on the ground before the favor can be returned. Compete to win and to survive, or else the evil that is trying to consume will take over and turn him into the one thing he can’t become. If he becomes that, it has to be paid by death, the most ultimate rule.

A blackened heart isn’t allowed to partake in something as pure as love. He embraces the sweet nectar that a woman holds, sampling a little at a time. Never has he taken the same woman to bed twice. The only way to ensure he doesn’t harm another. A Dom in the ring and a Dom in the bed, his only way to cope within.

Then there’s Piper…the girl that could cause his control to evanesce. Will she be his downfall or his reparation? The entertainment is in the fight. Fight for love, fight for light, fight for her, or end in flight.

A girl with a ban against love, allowing men to bed her to numb her mind from the one that left her behind. Can the girl that won’t submit and the man that requires control find paradise in each other?