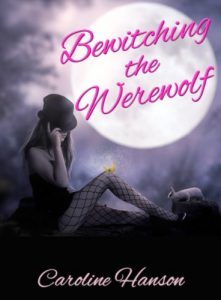 When witch for hire, Megan Stephens, is assigned to help the local werewolf pack leader find a mate, she thinks the job will be easy. Get in, get him up and get gone. But when she meets Zack Connor, she realizes her future might have a lot more dog jokes in it than she ever imagined.

This is a short story– approximately 40 pages in length– and includes an excerpt from Love is Darkness, the first book in the Valerie Dearborn series.

**Please be aware that this book contains sex. And not in a fade-to-black-sort-of-way but an-OMG-that’s-in-public-sort-of-way** 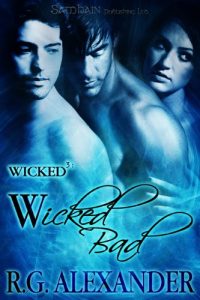 It’s a bumpy ride to dirtily ever after…

Harrison Jennera Abbot was born with a silver broomstick in her hand. Heiress to a Magian dynasty. Good witch extraordinaire. She-s sick of it. She longs to be human, normal like her friend Callie. Or, uh, as normal as Callie ever gets.

She thought running away would be an adventure, but three months playing human has given her a new point of view. Just as she-s ready to return home, though, the real adventure begins. In short order, she’s attacked, saved, kidnapped…and seduced.

Jacob and Ric are convinced that Harrison is the destined third of their triad-if they can convince her they won’t use her as a sexual chew toy, or a social stepping stone. Before they can make her beg for the match, though, she needs to know the truth about who tried to kill her. And why her brother keeps sending her cryptic psychic messages.

Hard as it might be on their Magian male pride, they may have to let her go-trusting that in the end, she’ll choose them.

Warning: Contains an accidental orgasm, crimes of passion, sentient ropes,
powerful witches and bisexual Magians being magically delicious. Oh, and
a charmed shower that only lives to please you. 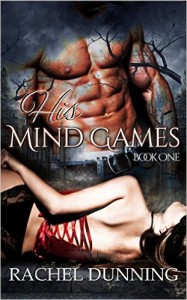 “This is awesome!” ~ Goodreads Review

“This world has a feel of its own.” ~ Amazon Review

An inner world of magic and power.

A lover. A night together – their first night.

And then – disaster. He lost his mind, but she knew the truth. She knew.

And so she ran, all the way down to Marfa Texas where she met…the man they call Jack.

And now he has her.

And he’s playing Mind Games with her.