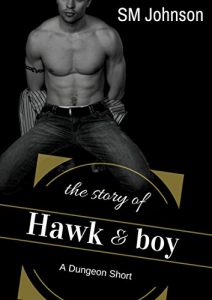 The problem is the fix isn’t exactly easy, and boy isn’t sure he’s strong enough to get through it without using his safeword. He doesn’t really think Hawk will dump him, but it’s hard to always be on the wrong side of perfect.

This is a short story, almost a vignette, really. Please enjoy, but don’t expect the same level of character development as you’d find in one of my novels.

Get The Story of Hawk and Boy: A Roman's Dungeon short story (Dungeon series) by SM Johnson at Amazon 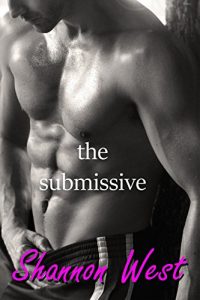 After repeatedly warning Cody of consequences for his bad habits and behavior, Jake administers discipline. Afterwards, he takes Cody to his club for the first time both to display his Dominance and to show the handsome Cody off to his friends.

Public display is one of Cody’s soft limits, but Jake pushes his boundaries a little and they arrive at the club. Jake looks dark and dangerous in his leathers, exactly like what Cody imagined the Marquis de Sade must have looked like as he led his victims into his dungeon rooms. Cody can feel the sweat popping out on his brow, but he trusts Jake and allows him to find a table and join friends, where Cody sees an example of just how the “perfect submissive” should act. Confused, conflicted and consumed with jealousy, Cody feels like he is so far out of his depth he’s drowning.

Worrying that his own ability to fit into the lifestyle is sorely lacking, Cody fears that Jake’s heart may be forever beyond his reach…

AUTHOR’S NOTE: I wondered what would happen if two people who had been best friends discovered they were in love, but one of them was a Dom. What would that journey look like? Would they be able to make it as a couple? This series chronicles that journey, with both Cody and Jake having to find their way. I decided to serialize their story to show the slow progression of a complicated relationship. This relationship happens to be a D/s coupling, but I think any new love story has potential pitfalls and requires a lot of give and take. 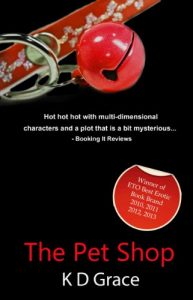 In appreciation for a job well done, STELLA JAMES’s boss sends her a pet, a human pet. The mischievous TINO comes straight from THE PET SHOP complete with a collar, a leash, and an erection. Stella soon discovers the pleasure of keeping Pets, especially this one, is extremely addicting. Obsessed with Tino and with the reclusive philanthropist, VINCENT EVANSTON, who looks like Tino, but couldn’t be more different, Stella is drawn into the secret world of The Pet Shop. As her animal lust awakens, Stella must walk the thin line that separates the business of pleasure from the more dangerous business of the heart or suffer the consequences. 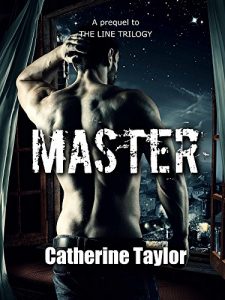 It is 1995, four years after Ukraine has declared independence.
Lena Petrenko cares little about her country or her miserable life. As the daughter of a racketeer, she has seen enough violence and has shut the whole world out. She lives in her bedroom with her baby doll and immerses herself in fairy tales, creating her own happy endings.

When her father forces her to attend his cage fights, Lena finds herself caught up in the brutality when she is claimed as the winner’s trophy. Her terrifying champion is nothing like the prince of her stories. He is every bit the beast and she is hardly a beauty.
Lena soon learns that there is more to this stranger than his hard exterior. He has a dark history and an agenda that somehow involves her, but behind all the muscle beats a tender heart. As she begins to face her own terrible past, she finds him to be an unlikely ally, evoking everything she has buried deep inside, including her passion.

As her feelings for him deepen, Lena finds herself contending once again with a violent world. Now her captor must become her saviour, at the risk of losing each other, or losing their lives.

Get Master by Catherine Taylor at Amazon 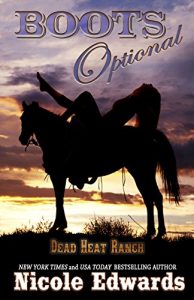 Note: This novella was previously published in the Some Like It Hot Anthology. Although the story has not changed, this version contains a short bonus scene.

Grace Lambert is familiar with hard work, long days, and handsome cowboys. She’s been working for her family’s dude ranch since she was old enough to ride a horse and she’s not afraid to get her hands dirty. What she is afraid of is the heat that’s been generating between her and not one, but two sexy cowboys who’ve set their sights on her. And each other.

Grant Kingsley and Lane Miller have both had their eyes on Gracie for years, but the feisty cowgirl has managed to keep them at bay. As far as they are concerned, cowboys don’t give up, and neither of them is ready to give up just yet. Not on her and not on the heat that transpires between the two of them.

Find out what happens when the sultry Texas nights get as hot as the fierce Texas days.