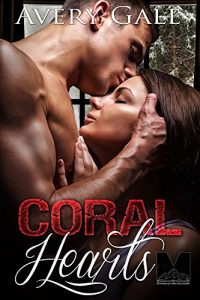 This book is intended for Mature Audiences. If you don’t enjoy steamy sex scenes, this isn’t the book for you. (MFM)

Coral Williams has been on the run for the last year—well, she was running until her car broke down in the small town of Pine Creek, Montana. Befriended by an elderly widow, she now has a job and a place to stay while she tries to keep under the radar and rebuild her life. It was working, until she caught the eye of one of the town’s most prominent citizens.
Sage Morgan wasn’t sure love was in the cards for him after a disastrous relationship that almost cost him the one thing he values above all else—his family. When Coral captures his interest, he quickly learns he isn’t the only one watching her. Sage’s plan to take it slow comes to an end when Coral literally falls into his arms.
Unfortunately, their idyllic romance takes a frightening turn when trouble follows Coral to Pine Creek. Can Sage convince her not to run again? And will he be able to keep her safe from both of their exes?

Coral Hearts is the first book in the new series, The Morgans, by bestselling author, Avery Gale. Set in the foothills of the Rocky Mountains, the series follows the lives of all five of the Morgan brothers, their family and friends. Sage, Colt, Brandt, Phoenix, and Kip Morgan are all Doms with vastly different interests. But they have one thing in common—their commitment to one another. If you love hot Doms, sassy women, and heroes who love hard…and play even harder, then you won’t want to miss this new series!