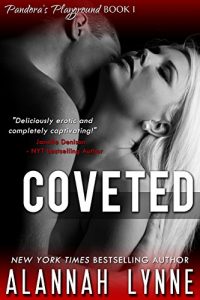 She’s his heaven and his hell…

Muriel Stewart has spent the past year grieving the loss of her husband. Now that time has passed, her inner submissive demands Muriel find a new relationship to fulfill her need to love and serve. But there’s only one man who makes Muriel yearn for the intimate Dom/submissive connection the way her husband did, and that’s his best friend, Mathew Galindo … a man who can barely tolerate her presence.

Mathew Galindo buried his own heart and needs the day Muriel Stewart married his best friend and business partner. He’s spent the past eleven years keeping Muriel at a distance, tortured by his love for a woman he could never have, and filled with shame for coveting what wasn’t and would never be his. Not even his best friend’s unexpected death could change that fact. Until Muriel decides she’s ready for a new Dom and wants Mathew to fill that role.

Having Muriel in his life is all Mathew has ever wanted. She’s his heaven and his hell, and could be his salvation if he can get beyond his past, his shame, and the guilt he feels for not having saved Ian’s life.