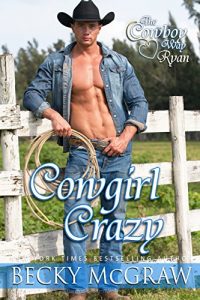 Cowboys are a different breed…
They work hard, play hard and love harder.
It’s all about the ride, until the right woman
makes them fall.
Twyla Taylor is one frustrated cowgirl. She’s not winning at barrel racing or in love. She’s spent ten years nursing a crush on her brother’s best friend, Ryan Easter, who thinks of her as no more than his little sister.
Ryan Easter is one frustrated cowboy. He’s winning every night at bronc riding, and has a different woman in every city. Mostly so he can keep his best friend’s fiery little sister, and his desire for her, at bay.
It’s worked for ten years, but when she finally snaps and sets out to prove she’s not a little girl anymore, Ryan has no choice but to face the fact that it’s time to fish or cut bait. But with his choice will he lose his best friend or the girl?