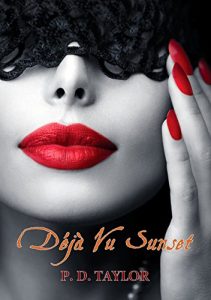 When Gabriel, an itinerant gardener in his late forties, takes a job at Hawksmeade – a large country house – little does he know it will be the catalyst for a series of torrid affairs with three generations of women.
Gabriel’s story weaves seamlessly between past and present following his early life backpacking through Europe. His journey is one of sexual discovery with the women he encounters.
Eventually he is seduced by the mysterious Contessa, an alluring creature living an almost solitary existence in her secluded villa in Tuscany.
The Contessa’s world is one of hedonistic decadence nourished by drug-fuelled indulgence and sadistic pleasure, which she gradually draws Gabriel into with devastating consequences.
In the present-day Gabriel’s relationships with the women of Hawksmeade intensifies firstly with Susan – mother of Lauren, his employer – then Lauren herself, and ultimately, Stephanie her own daughter.
Invariably each leave an indelible mark upon his life.

Get Déjà Vu Sunset by P. D. Taylor at Amazon