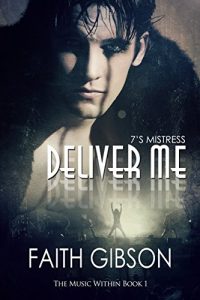 Taggart Lee has it all.
Fame.
Fortune.
Everything except love.

Tag is the jaded lead singer for 7’s Mistress, the biggest rock band in the world. After fifteen years in the business, he’s drowning in it all. When tragedy strikes, he takes a break from the road and the monotony his life has become. When he meets a gorgeous man on a park bench, he sees his lifeline.

Dr. Erik Henrikson thought he’d met the one.
He had.
The wrong one.

A year after his breakup, he still has a lock on his heart. Then he meets Lee, someone whose life has just been turned upside down. When he finds out Lee’s true identity, Erik throws away the key.

Tag has two weeks to make the doctor want him. He has three months to prove he won’t hurt him.

Tragedy brings them together.

Lies and betrayal push them apart.

Is love enough to deliver them?