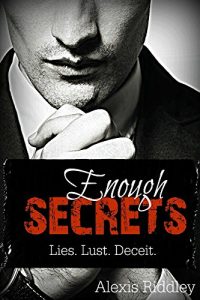 What if everything you had come to know about your life was a lie, complete and total fiction? Charlotte West had everything she ever wanted: The house, the status and the perfect husband in Winston. But that’s the trouble with appearances; they can be deceiving. Charlotte’s life had become a tangled web of ecstasy, rules, punishment and unparalleled pleasure at the hands of Winston, and his business partner, Aiden.
Charlotte never expected Winston was harboring secrets deeper than her own. She was clan-destined to lock more away into her vault of lies in order to portray the flawless illusion that the outside world has come to expect.
On an ordinary day of no significance, Charlotte made a conscious decision to let go of the chains that were binding her together and prepared to unleash the carnage that was her soul onto the world. She no longer felt the need to please Winston, nor Aiden. She was prepared to deal with her decision. For the first time, she was going to be true to herself, and she was terrified.
But when the cover is pulled back and decades of lies, lust and deceit are exposed; the question is, who would Charlotte be when everything was exposed? Would she come out on the other side as she had hoped, would years of walking the razors edge leave her broken; or was she lost forever?