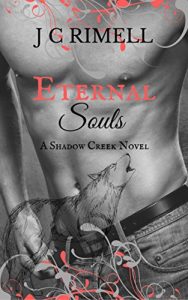 A lethal soldier and a deadly shifter, Cade has pledged his life to serve and protect alongside his Shadow Pack members. Dangerous missions and assassinations are what he lives for, but all that changes when Kit McCoy arrives in Shadow Creek. She’s beautiful and fascinating and has stirred an animal instinct within him he can’t escape.

Kit can’t deny she wants the elusive and darkly handsome Cade Grayson. Everything about him sets her pulse racing and her body craving his touch, but wracked with guilt and emotionally scarred by a tragic accident, Kit refuses to give in to her desires.

When an unknown, supernatural species they call the Others begin sweeping through the town and taking humans with them, Kit is thrust into a world that blurs between reality and one still unknown to her. A hunt is on for the killers, and Kit has a choice to make that will change her life forever.

To surrender her heart means losing a part of herself she isn’t sure she can sacrifice, but walking away means forsaking the only man she’s ever loved…