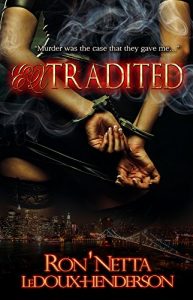 The daughter of an alcoholic mother and small-time crime boss, Shaun is a daddy’s girl with plenty of street smarts and is accustomed to getting what she wants. When things don’t go her way, she knows that sex is a weakness for most men and uses it to her advantage. No one is safe from this vixen, not even the preacher. Following the deadly destruction of Hurricane Katrina, Shaun has been clever enough to steal a new identity and is living the high-life. Just when she thinks that she has slipped through the cracks, she is extradited to face charges for murder. The irony is that she really is innocent. After getting away with murder your whole life, how do you literally escape a murder rap?

Shaun is a legend in her own time who uses trickery, charisma, and sex to conjure up the most unpredictable plots and alibis imaginable. She uses the same conniving method of operation to escape the consequences of her actions. Shaun’s short-lived life of crime spans from the Dirty South all the way up the east coast to the concrete jungle of NYC. Drug dealing and drug abuse, extortion, identity theft, alcoholism, illegal lottery, prostitution, murder, homosexuality, mental illness, poverty, incarceration, miseducation, betrayal, revenge, sibling rivalry, gambling, dog-fighting, suicide…This gritty, fast-paced story leaves no stone unturned!

Get Extradited: Murder was the case that they gave me… by Ron'Netta LeDoux-Henderson at Amazon