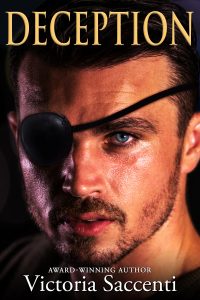 Her submission is his sweet revenge…until the truth detonates his plans.

When he spots a stunning, seductive redhead who stirs his libido, just learning her name turns his lust into black rage—he’s convinced Hunter Giordano is the reason one of his team mates threw himself in front of a hail of bullets.

Other than the occasional sexual romp, Hunter’s heart is firmly closed to men. Until she locks eyes with Joe, and his aura of power demolishes her defenses and rivets her in place. Instantly she knows he’s a man she must avoid at all costs.

Joe can recognize a submissive a mile away. But as his plan to seduce her into his playroom—and into his snare of revenge—plays out, her sweetness and gentle nature makes him have second thoughts. Except by the time he realizes he can’t walk away, the truth detonates what could have been the love of a lifetime.