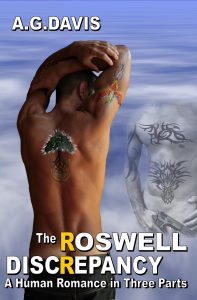 Desmond “Deetz” Mac Innes is a complicated man – a 26-year-old Welsh Jew, son of a valet, who grew up surrounded by splendor but with a family life marred by abandonment, cruelty, and social isolation. This childhood trauma created adult dysfunction with Deetz avoiding anything smelled of commitment -running from country to country, from one martial arts dojo through numerous MMA studios, and indulging in divergent vices with a variety of bed-mates. He ran so far, for so long that his clairsentient psychic skills dulled while his accurate but caustic wit kept everyone at a safe distance.
Then his father died unexpectedly along with the 11th Earl of Glamorgan. Deetz had to return home to Cardiff – to the Morganwg Estate. In doing so, he is reunited with his childhood friend and secret crush, Angus Reese, the Earl’s son. Angus has changed. Once a kind, understanding child, Angus has become a self-centered venture capitalist and cross-continental playboy. Angus too has unfortunate family relations and now, with the loss of his father, many unanswered questions.
Upon learning that their fathers were likely murdered, finding the killer becomes an international ‘assignment’ with implications that cut across the fields of astrophysics, synthetic biology, and panspermia. The resources at their disposal are that typical for the super wealthy, Druidic princes, and rabbinical students. Then there is the numinous guidance from Lady Nora, Angus’s dowager aunt and keeper of the secrets and prophecies hidden within the history of both families. Along with a unique crew of talented reprobates, Deetz and Angus have to define what it is that’s growing between them while revealing the truth behind the Roswell Discrepancy. What can go wrong?
Plenty.

Get The Roswell Discrepancy: a human romance in three parts at Amazon