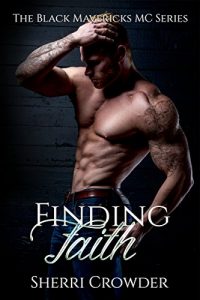 Faith has been in mourning for the past year however she reluctantly agrees to attend a party at a local MC with her best friend. There she meets Aiden and wants nothing to do with him from the get go, but Aiden has other ideas. Aiden is the Sergeant-At-Arms for the Black Mavericks MC and a PI. While undercover he discovers there is something more sinister and dangerous going on than the case he was hired to investigate. Following the trail, leads him too close to the truth and he ends up beaten and left for dead. The only thing he can vaguely remember about that night is the nurse he caught a glimpse of at the hospital. What happens when Aiden get’s his memory back? Can Faith accept a biker in her life? Will Aiden’s pursuit of the case he was involved in jeopardize a future with her?