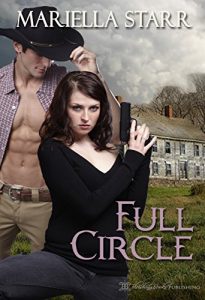 Jaded by too many close calls in her professional life, Josie Raintree returns to her roots with dreams of a simpler, less complicated life.

Before long, she accepts the position of acting sheriff, but only until the mayor can find a replacement – something he doesn’t try very hard to do. Ten months later, she is still the sheriff, but the quiet little town is shattered by a gruesome discovery!

Jack Rawlings grew up in Rawlings, Oklahoma, a community named for one of his distant ancestors. He’d known Josie when they were children, although she was eight years younger than he was, and he had often found himself the target of her many hair-brained pranks. Now he is back, retiring from a military career and looking for something – he isn’t even sure what. When he meets up again with Josie Raintree, he is dazed, for she has grown into a stunning, capable, determined woman – one he wants to possess and protect. He’d even put up with the smart-mouthed twelve-year-old she’s determined to adopt, if it could mean a future with her by his side.

As the body count increases, Josie makes a startling observation about the victims, and Jack has his work cut out for him if he’s to be successful in keeping her safe long enough to marry her.

Get Full Circle by Mariella Starr at Amazon