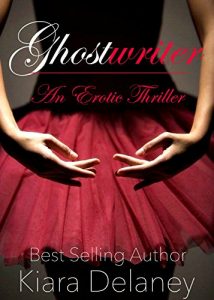 When Devon Bradford was contracted to ghostwrite the autobiography of Nina Petrov, he didn’t expect to be consumed by her from the get-go. He simply wanted to jump start his career, and be on his way. But that was easier said than done once Nina had quickly embedded herself under Devon’s skin.

Though Nina and Devon shared an undeniable attraction, there was just something about Nina that Devon couldn’t quite put his finger on- something lurking beneath the surface, a puzzle he desperately wanted to solve.

Nina Petrov was hiding something that was far greater than her desire for Devon, and her inner demons threatened to destroy them both.

Would Devon be able to chip away at Nina’s defenses? Or would her haunted past end up breaking down his own?