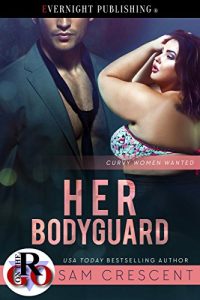 Lucas Evans is a personal bodyguard, and he’s been called in when a world-famous pop star was stabbed on live television. No one knows who did it, and it’s up to him to protect the beautiful young woman. He’s a professional, but when it comes to Kate Swanson, all he wants to be is unprofessional.

Kate had been receiving death threats long before she was attacked, but Kate doesn’t have a clue who’d want to hurt her. The only person she feels safe with is Lucas. He’ll protect her, but it’s not just safety that he makes her feel. The attraction between them is undeniable. Kate has never allowed a person into her heart or her bed. She’s seen how ugly breakups go, and she doesn’t want that. But Lucas is different, and Kate craves his touch more than she does performing on stage. He gives her a chance to be herself, and there’s a freedom with being with him that she’s not had since she rose to stardom.

With the threat looming over her head, is there any way that Lucas can forget that he’s her bodyguard, and finally give her what she’s been craving? Can Lucas bring himself to love the starlet? Can he protect her from someone who is intent on hurting her?