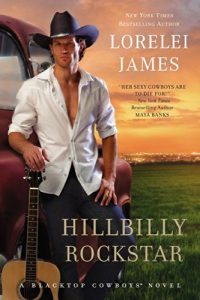 She’s protecting his body and guarding her heart….

Country music star Devin McClain understands there’s a downside to life in the public eye, but the laidback Wyoming cowboy has never imagined he’d attract crazed fans who would do anything to garner his attention. When veiled threats become real, he agrees to hire a discreet security detail. But Devin is shocked when that bodyguard is a hard-bodied woman. He’s even more stunned to be attracted to the steely-eyed stunner.

Former soldier Liberty Masterson’s return to civilian life has been fraught with challenges until she lands a job with a prestigious security firm. But when she agrees to provide personal protection during a cross-country tour, she doesn’t realize she has signed up to masquerade as the playboy star’s girlfriend. Though she’s more comfortable in combat boots than high heels, she has no choice but to appear to be the sexy groupie Devin prefers.

Living in close quarters causes the chemistry between them to ignite, and Devin realizes he wants to turn their charade of a romance into reality. Although Liberty surrenders to his every whim behind closed doors, she fears the sexy country star doesn’t see the real her; and Devin can’t help but worry when the tour ends that there might not be enough between them to build something that won’t fade away….