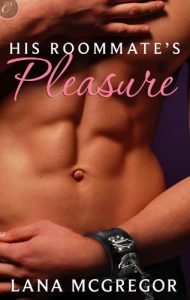 It started with an accidental click…but where will it end?

Josh can’t believe that his roommate discovered his spank bank—and he can’t believe that Adam is so turned on by the thought of giving up control to someone. Taking a chance, he offers to look through the photos with Adam…and maybe try acting some of them out.

Night after night, the boys delve into their darkest fantasies of domination and submission. And as lust and experimentation grow into the promise of something deeper, Adam must decide if he’s brave enough to tell Josh how he feels.

Get His Roommate's Pleasure by Lana McGregor at Amazon
Get Audiobook