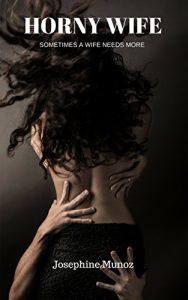 Sofia and Mark were preparing to celebrate their two-year anniversary. Their marriage was perfect in many ways except for one, Marks strict views on sex. He was taught that sex should only be done when trying to conceive children and anything more than that would be degrading to his wife.

Sofia put up with this for the first two years of their marriage but she knew if they were going to last, she would need to find someone to satisfy her sexual needs. She places a small ad on Craigslist under the Women Looking for Men category just to see if anyone would respond. To her surprise, she received several hundred replies that day.

Determined to fulfill her sexual desires, she agrees to meet the first two guys who emailed her. After spending time with the two random strangers she has more than just her desires filled.