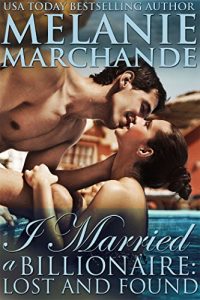 THE ANTICIPATED FOLLOWUP TO THE TOP 100 IN KINDLE STORE BESTSELLER!

When Maddy Thorne agreed to marry her billionaire boss in order to keep him in the country, she never would have guessed they’d actually stay together. But a year and a half later, she’s still happily married to the slightly eccentric, maddeningly attractive Daniel. As he begins to come out of his shell and turn into the figurehead that his growing technology company needs, Maddy finds herself dealing with a whole new set of problems. And despite his newfound openness, he’s still keeping secrets. Even from her. But despite her misgivings and the ever-present prattle of journalists, really, Maddy can’t complain.

Then, a frantic late-night phone call changes everything.

Daniel has been accused of illegal insider trading. His assets frozen, he suddenly finds himself at the center of a media circus and a trial under a merciless judge with no way out. Maddy wants to support him, but it seems all Daniel wants to do is crawl back into his shell. In the midst of the chaos, Maddy receives an offer to display her drawings at one of the most influential galleries in the city. Pulled in two directions even as her life crashes down around her, will Maddy allow Daniel to keep pushing her away, or will she find a way to pull him back?

Get I Married a Billionaire: Lost and Found (Book 2) by Melanie Marchande at Amazon
Get Audiobook