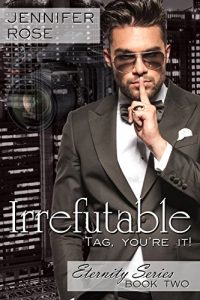 Fresh start, new beginning, a clean slate…
Brice Taggerty, better known simply as Tag, wasn’t worried about coming out after all these years. Actually, he delighted in the idea of feeling free enough to face who he always knew he was. He didn’t need acceptance, nor was he around to be admired or win any popularity contests. In fact, all he wanted was an average humdrum, mundane life. After making a successful career out of flying around the world photographing the world’s most beautiful models in exotic locations, he was excited to throw away his passport and plant his feet firmly on solid ground…and find that someone special.
Fletcher Davis, a former search and rescue helicopter pilot, was ready to start his life again. After fifteen years of dealing with danger on a daily basis and his past at long last behind him, he secured a new job flying for a commercial airline and just may have found the perfect place to call home. What he didn’t count on was a hot enticing neighbor or his past to catch up with him. All Fletcher wanted was a sense of normalcy, routine…and someone special to share it with.
When finally they meet, will sparks fly, fireworks go off, will it be love at first sight, or will their histories keep them apart?
Fletcher’s got his sights set on a certain blond haired neighbor…and Tag You’re It!

Get Irrefutable (Eternity Series Book 2) by Jennifer Rose at Amazon