You are here: Home / Price / Bargain Books Under $3 / Iteration by Jake Lazarus 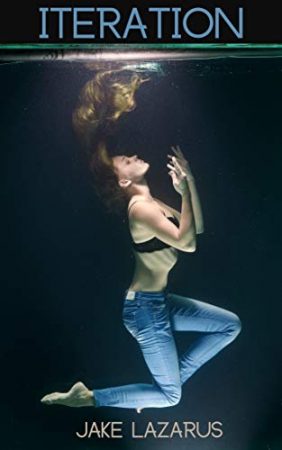 Spencer’s life is crumbling around him. In a single weekend he loses his job, his girlfriend, and his apartment. The worst part is, he has no idea how any of it happened. Trying to get away from it all, he instead finds himself confronted with a horrific crime in progress. His intervention leads him to a visit from a strange being who offers him a mysterious gift which has the potential to solve all his problems.

This leads Spencer on an epic adventure through time as he tries to use this newfound power to live his best life and try to find love. Along the way he encounters the best and worst of humanity as he attempts to answer life’s most important questions.

Does his destiny lie with his fiery, voluptuous girlfriend? Or should he attempt to rescue his marriage with his girl-next-door wife? Or should his life have taken a different path altogether? Iteration is the story of a good man given a second chance at finding true happiness.

WARNING: This book contains explicit nudity, sexuality, violence, impolite language, and a complete lack of confusing time-travel mechanics. It is intended for adult readers only.

Get Iteration by Jake Lazarus at Amazon