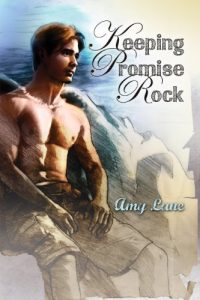 Carrick Francis has spent most of his life jumping into trouble with both feet. The only thing saving him from prison or worse is his absolute devotion to Deacon Winters. Deacon was Crick’s sanity and salvation during a miserable, abusive childhood, and Crick would do anything to stay with him forever. So when Deacon’s father dies, Crick puts his college plans on hold to help Deacon as Deacon has helped him.

Deacon’s greatest wish is to see Crick escape his memories and the town they grew up in so Crick can enjoy a shining future. But after two years of growing feelings and temptation, the painfully shy Deacon finally succumbs to Crick’s determined advances and admits he sees himself as part of Crick’s life.

It nearly destroys Deacon when he discovers Crick has been waiting for him to push him away, just like Crick’s family did in the past. When Crick’s knack for volatile decisions lands him far away from home, Deacon is left, shell-shocked and alone, struggling to reforge his heart in a world where love with Crick is a promise, but by no means a certainty.

Get Keeping Promise Rock by Amy Lane at Amazon
Get Audiobook