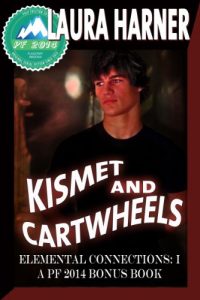 For the free-spirited Park Williams, leaving the relative safety of the Willow Springs Ranch for a remote cabin near Flagstaff to spend some quality alone-time with his new boyfriend seems like a no-brainer. They can get to know each other while hiding away from the bad guys who may or may not be looking to kill his lover. At least it seems like a good idea right up until the minute he is standing on the front porch, with a man he’s known less than three weeks, and who spent two of those weeks in police custody. Oh shit.

Tanner Triplett is having a bad month. After two attempts on his life, he’s helped put his father and brother behind bars, lost his beloved ranch, and oh yeah…stepped out of the closet in a big way. But it remains to be seen if he’s in bigger danger from the men he’s agreed to testify against, or the golden-haired, cosmic-quoting devil trying to kill him with soy-gurt.

Join Park, Tanner, and their dogs Scooby and Taco as they make the move east to the Mountain Shadows Resort to meet up with their new neighbors and join in the fun that is Pulp Friction 2014.

The Pulp Friction 2014 Collection. Four authors. Four Series. Twenty books. One fiery finale. Spend a year with an eclectic group of strangers brought together through circumstances, as they are tested by life, and emerge as more than friends.

The strongest bonds are forged by fire, cooled in air, smoothed by water, grounded in earth.
Although each series can stand alone, we believe reading the books in the order they are released will increase your enjoyment.

Get Kismet and Cartwheels: Willow Springs Ranch 5.5 by Laura Harner at Amazon