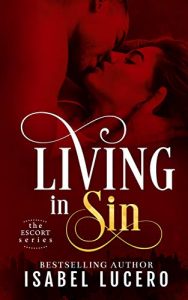 Jace Jamison is every woman’s fantasy. He’s a mysterious businessman willing to sweep you off your feet, a tattooed bad boy from the wrong side of the tracks, and a best friend you want to take that next step with. Jace is everything and anything you want him to be, because he’s a highly paid escort.

Adrienne has been having a sexual drought since she broke up with her boyfriend. Being an event planner, she’s constantly working at events around town, and several times she’s seen a man she can only refer to as the God-like creature. He’s devastatingly handsome, tall, and could be the end to her drought, but he’s always with a different woman. The last thing she needs is another player in her life.

After a few chance encounters with Jace, her best friend convinces her to just have a good time with him and not worry about who she’s seen him with. But what happens when she finds out that he isn’t dating these women because he wants to, but because he’s paid to?

Keeping his job a secret from Adrienne seems easy at first, but when their worlds entwine, and confessions are made, will they be able to work through it? Will Jace get what he’s never had? A woman who wants him despite what he’s done. Or will living in sin cost him what he never knew he wanted?