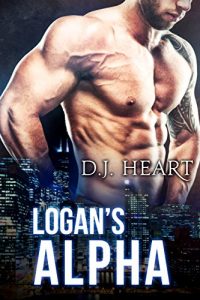 Logan Barnes is a beta and an omega rights worker. When his offices are attacked, his friend and coworker, Chad Brand, sends a bodyguard from his mate’s company to protect him. The bodyguard is cocky, brash and every inch the alpha, and Logan is reluctantly charmed.

Merchant knows that he’s not a good person. He’s made a career out of intimidation, blackmail and murder, and if Logan knew the truth about him he’d run screaming in the other direction. But Merchant doesn’t care. Logan is everything he never knew he wanted in a mate, and he’ll be damned if he lets the man of his dreams get away…

(This 55,000 word novel features characters from the Omega series, but can be read as a standalone. It contains grown-up themes, such as domination, spanking, knotting, and bondage. The story has a HEA ending and no cliff hanger.)