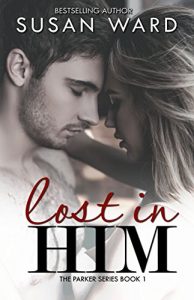 Two rock stars fight for her heart. A girl afraid to love. A USA TODAY HAPPY EVER AFTER BLOG recommended romance series read.

People think Chrissie Parker has a picture-perfect life. She leads an opulent lifestyle in Santa Barbara, her father, Jack, is a beloved music icon from the sixties, and she possesses a wealth of musical talent that will certainly lead to a promising future. But behind the façade, everything is far from perfect.

When Chrissie journeys from Santa Barbara to New York City for an audition at Juilliard, romance is the last thing on her mind. She never anticipated encountering British Superstar Alan Manzone, a musician fresh out of Rehab, tormented by his own weakness and troubled past. Alan’s life is everything Chrissie’s is not; exciting, glitzy, and an all-out train wreck.

Chrissie is soon consumed by Alan’s shocking pursuit of her, his dark secrets, and his sexual desires. Will their stormy affair destroy them? Or will their love keep them together for a lifetime?

MATURE CONTENT
This story contains sexually explicit material, mature subject matter, and is intended for individuals over the age of eighteen.

Series: Yes, all the books for Chrissie & Alan’s story have been released.

Author’s Note: This book was first released titled: The Girl on the Half Shell. No change has been made to the story.