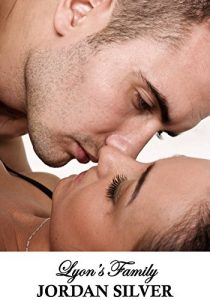 After settling down with his wife and kids, Colton Lyon just wanted to put his past behind him, but now it looks like that past had come back to bite him in the ass. Now he’s found himself hooked up with a mixed bag of bikers and military types, whose mission is to take down a group of high profile parasites, who’re into everything from human trafficking to who knows what.
On top of that he’s got a fifteen year old daughter, the apple of his eye, who thinks she’s in love, and a five year old who’s gonna be featured on America’s Most Wanted before she’s fifteen, if he doesn’t keep an eye on her. And then there’s his mother and his wife, the Xmas freaks, who would raise all kinds of hell if the season doesn’t go off without a hitch.
So between watching his six, and trying to hold himself back from killing the little snot nose kid who’s been sniffing around his first born, he’s got to make sure his wife’s holiday season is all that is merry and bright.