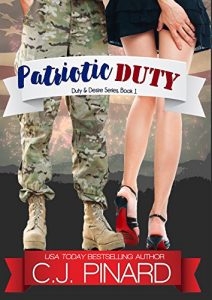 He’s only here for the summer… I can let him go when it’s over… It’s just a summer fling… I won’t fall for this beautiful soldier…
These are the lies I told myself until they became truths I didn’t want to accept. Until my heart felt like it would shatter when he left.

Newly divorced party girl Cara Reid just wants to have fun. Much too young to even be a divorcee, she and her bestie, Miranda, set off to have fun and maybe a few casual hookups and live life. One night out, Cara meets Riley Forrester, a hot Army soldier who makes her melt with one look of his deep ocean blue eyes. But Riley is only staying the summer in California and then has to go back to Colorado when it’s over. Cara tells herself he’s just a summer fling and is determined to enjoy herself and let him go once the summer is over. But when Riley receives orders he wasn’t expecting, she’s forced to make a decision on whether she’s going to be there for him when he gets back, or move on with her life. What she wasn’t expecting was to fall so hard for the beautiful soldier boy, and now she’s faced with accepting her feelings or letting him go.