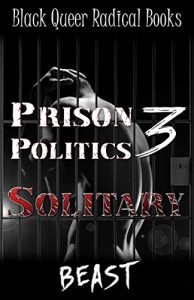 The riot tore down the façade of safety that Xavier Brown and his fellow officers had felt. Now, nothing stood between them and the savage yearnings of the beasts that they were tasked with policing. Surviving the chaos exploding all over the block is Xavier’s only desire. But waking up in a unknown cell and being the prisoner of another inmate may make his odds of surviving slim to none. The physical and mental torture may be too much to bear but Xavier has to endure. He only hopes that Raheem can make it through too.

Get Prison Politics 3: Solitary by BEAST at Amazon