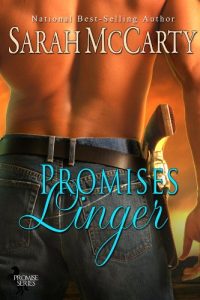 Book 1 in the Promises series by Sarah McCarty.

Elizabeth Coyote will do anything, anything at all, to save the ranch she loves, including marrying Asa MacIntyre, a broad-shouldered, lean-hipped silver-eyed gunslinger with a ruthless reputation for getting the job done.

Asa dreams of a place of his own, a wife, and the respect that comes with both. Marrying Elizabeth may have started as a means to an end, but nothing in Asa’s wildest dreams prepares him for the excitement of unleashing the carnal woman beneath his wife’s prim and proper exterior.